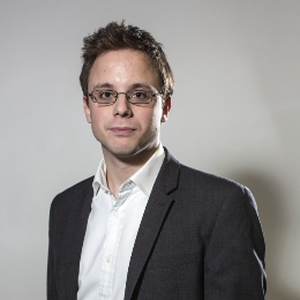 Senior Investigations Reporter at The Times. I can be reached on Twitter @billykenber 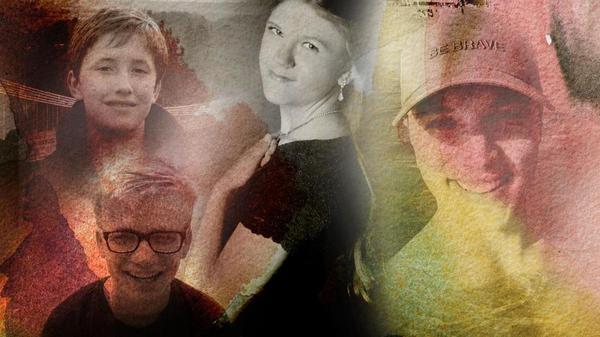 NHS bosses have attacked the country’s leading private mental healthcare chain for failing to keep patients safe, The Times has learnt, as an investigation reveals the Priory Group has been criticised for failings in the care of 30 patients who have died. 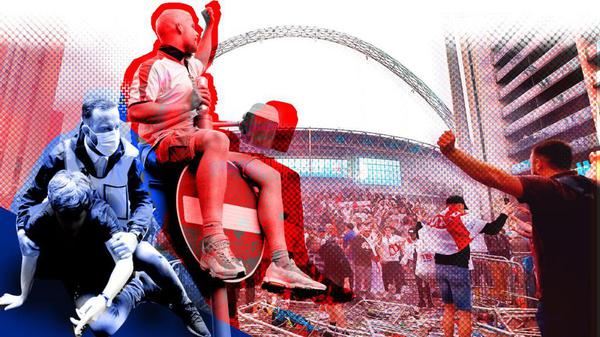 Wembley under siege: how England fans stormed the Euro 2020 final

It was meant to be a night of celebration, the match of a lifetime for many of those attending. Instead, thousands of ticketless fans, many fuelled by drugs and alcohol, were able to storm Wembley stadium, fighting with ticket holders and forcing young families to fear for their safety and leave their seats. The Football Association has publicly acknowledged a single breach of security where “a small number of people” got into the stadium but a Times investigation reveals just how widespread th 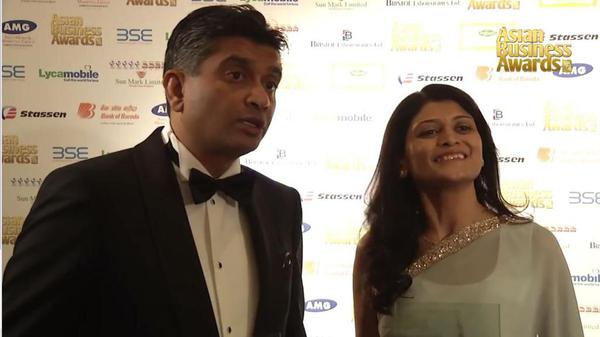 Drug companies have been handed record fines totalling more than £260 million for ripping off the NHS after colluding to pump up the price of a life-saving medicine, which rose from 70p to £88 per packet. Auden Mckenzie and Actavis UK used a loophole in NHS pricing rules to increase the price of hydrocortisone tablets by up to 12,500 per cent and overcharge the health service for almost a decade. The drug, which treats adrenal insufficiency including life-threatening conditions like Addison’s 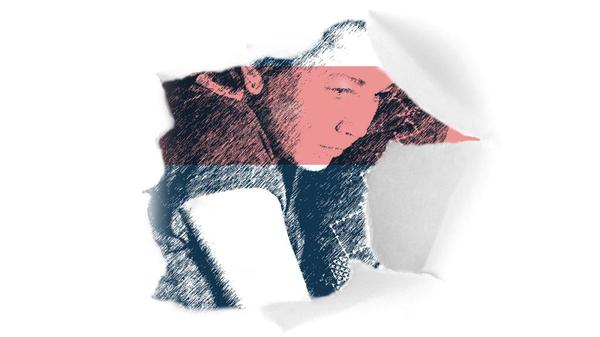 From failing to safeguard young people against sexual exploitation to allowing children access to drugs and knives, dozens of children’s homes opened during the pandemic have been found to be putting those in their care at risk. Ofsted suspended routine inspections in mid-March last year as the country went into lockdown and only began making regular in-person visits again nearly six months later. Reports published by the regulator reveal the catalogue of failings at homes opened in the first f 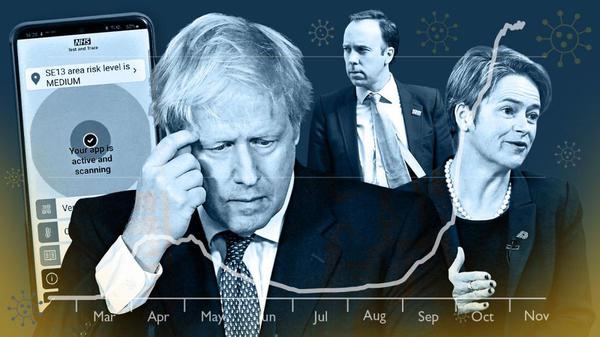 Test and trace: Where did it all go wrong?

It was, Boris Johnson promised in the spring, the route out of lockdown and the best way of “getting our country back on its feet”. A nationwide system of testing and tracing to identify infections and stop the virus spreading; requiring a small minority to quarantine so that we could “release 66 million people” and allow Britain to return to something approaching normality, Mr Johnson said. Instead, six months later, the country is back in lockdown and NHS Test & Trace, set up at great expens 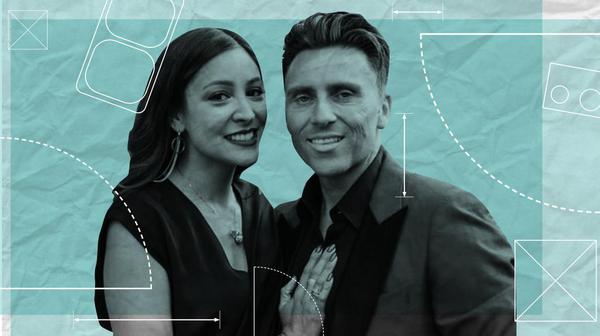 Landlords make millions from flats the size of a parking space

Landlords are making millions of pounds a year housing children and vulnerable adults in tiny bedsits squeezed into former office buildings. The developers have exploited a change in planning rules to convert offices into hundreds of flats without any minimum size requirements, prompting claims from experts that they are building “some of the worst homes in Britain” and the “slums of the future”. Flats costing £800 a month are as small as 14 square meters (150 sq ft), barely bigger than the si 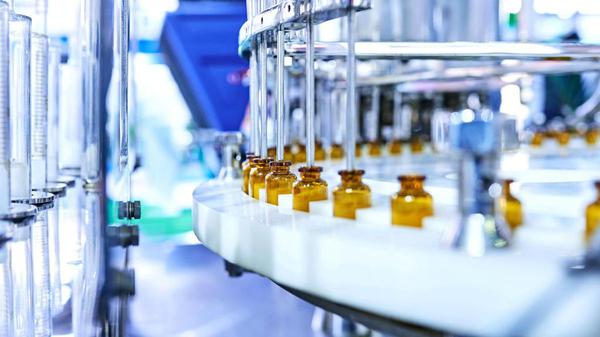 A private equity-owned pharmaceutical company has raised the price of five medicines by up to 400 per cent shortly after acquiring the drugs. Essential Pharma, which was bought out by a Swiss private equity company in 2020, has significantly increased the prices of three antidepressants and two drugs used to treat heart conditions. It is the sole UK supplier of the sugar-free liquid medicines, which it acquired in a deal with another drugmaker in late November. The price paid by the NHS for a 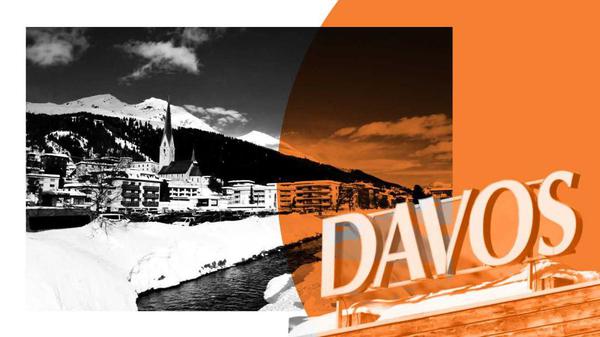 The dark side of Davos: a den of prostitution and predators

Top businesswomen attending an annual gathering of global leaders in Davos face being “routinely harassed” by wealthy men, with predatory behaviour so common some were warned by organisers not to attend events alone. The World Economic Forum’s annual meeting draws leading politicians, business figures, charity heads, royalty and celebrities to the Swiss ski resort. It aims to tackle some of the biggest global problems, including gender inequality. However, an undercover investigation by The Ti 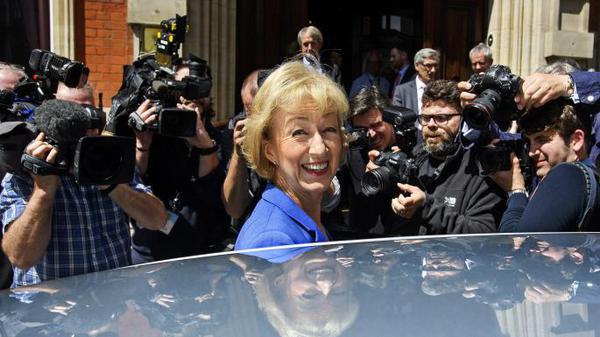 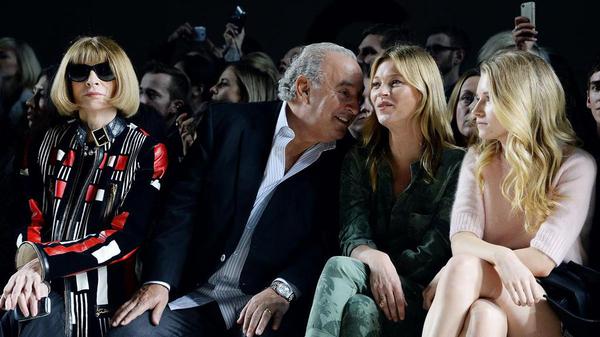 Sir Philip Green’s retail empire is exploiting furlough rules to cut pay while taking tens of millions in government handouts, leaked documents show. An executive at Arcadia Group told staff that it needed to take “every penny we can get” of public money. The company owns several high-street fashion brands including Topshop and has accepted tens of millions of pounds to pay furloughed staff. The money is part of a government scheme designed to protect jobs and Arcadia has indicated to staff t 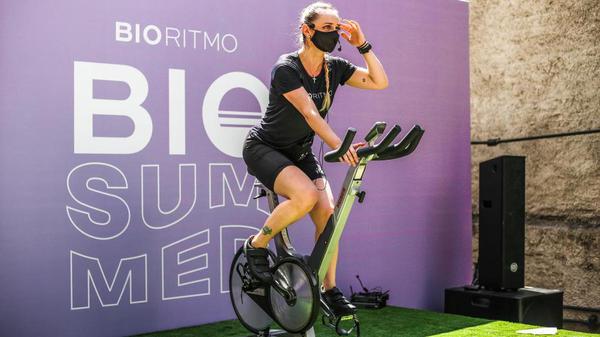 Millions of pounds in British aid money is funding hospitals in south Asia that have been criticised for overcharging or turning away coronavirus patients. A private Indian hospital that was formally censured by the local government for failing to offer beds to people with Covid-19, and another in Pakistan charging hundreds of pounds a day for rooms with ventilators, have been given British development funding. CDC Group, the government’s development finance division, has made investments wort 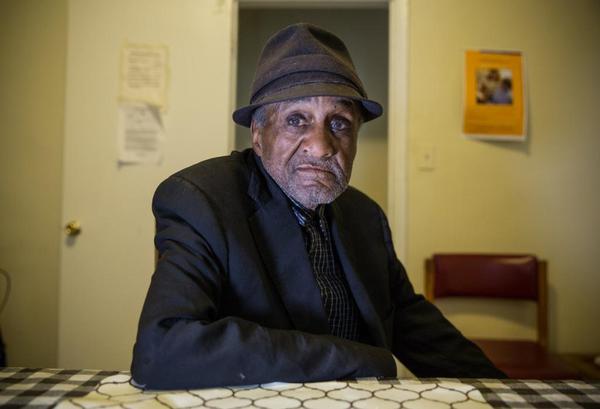 A plea for sanity

Forty-four years ago, on a damp April night in Washington DC, Raymond Gregory found shelter in a half-built house after an evening drinking. The unemployed father-of-one was discovered by a builder and picked up by police the following morning. Although nothing was stolen, the 36-year-old was charged with destruction of property, burglary and possession of a dangerous weapon — a small penknife in his pocket. Had a jury convicted him of those crimes he would have been likely to spend no more than 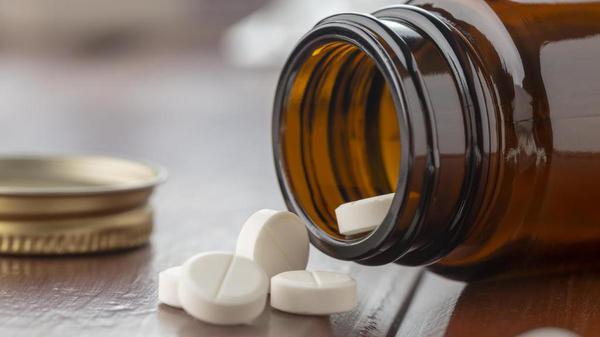 A drug company exposed by The Times for increasing the price of a 60-year-old medicine by 6,000 per cent deliberately focused on raising the price of old drugs it believed would remain “below the radar” of health officials, internal documents show. Advanz Pharma and its former owners have been fined more than £100 million by the competition watchdog after exploiting a loophole in NHS pricing rules and charging “excess and unfair prices”. The price of liothyronine, a “life-changing” hormone rep 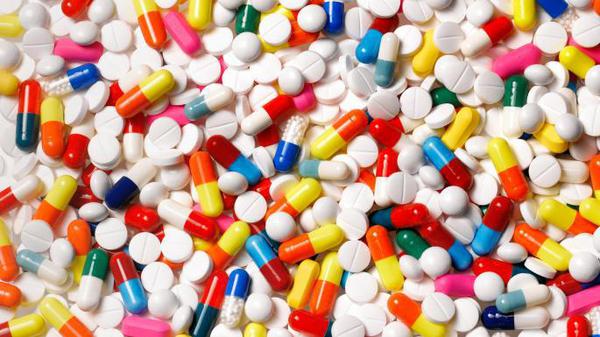 Aspen Pharmacare began a continent-wide effort to drive up the price of five cancer medicines after buying the rights from the British company GlaxoSmithKline GETTY IMAGES Staff at one of the world’s leading drug companies discussed destroying supplies of life-saving cancer medicines in a battle to impose massive price rises across Europe, The Times can reveal. The proposal was raised at Aspen Pharmacare during a dispute with the Spanish health service in 2014 over attempts to increase the pri 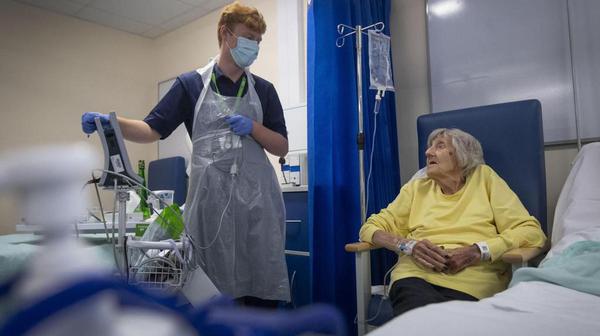 Most patients sent to care homes weren’t tested for coronavirus

Two thirds of elderly patients discharged from hospitals to care homes at the height of the pandemic were not tested for coronavirus, figures obtained by The Times reveal. As many as 16,000 people admitted to care homes went untested during the period from mid-March to mid-April when hospitals were scrambling to clear beds for Covid patients. The figures, obtained from freedom of information requests to more than 150 NHS trusts and boards, disprove claims by NHS chiefs that hospitals had teste 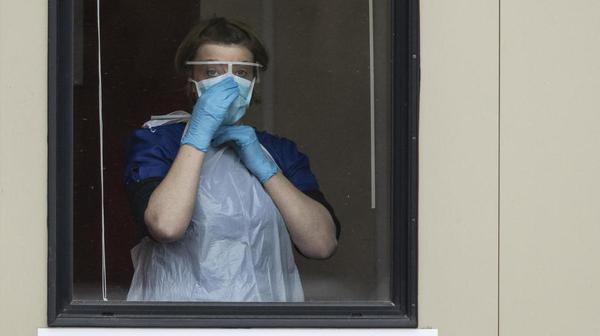 Ministers wasted at least £150 million buying masks with the wrong kind of straps from a little-known family investment company, The Times can reveal. Health officials signed a £252 million contract to buy masks for frontline healthcare staff from Ayanda Capital in April in a deal brokered by a government adviser who also advises the company’s board. The contract included 50 million high-strength “FFP2” medical masks costing an estimated £150 million to £180 million and amounting to the entire 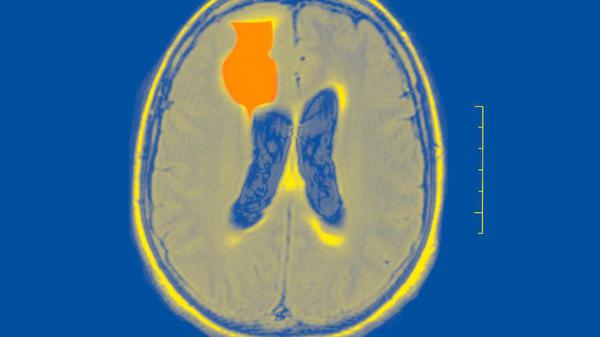 The pharmaceutical giant Pfizer and a British company have been accused of exploiting a loophole to charge the NHS “unfairly high” prices for an epilepsy drug that rose overnight from £2.83 to £67.50 per pack. The competition watchdog said that price rises of up to 2,600 per cent for phenytoin sodium capsules cost the NHS an extra £50 million a year. The medication is used by around 50,000 British patients to control seizures. Pfizer was the only manufacturer of the drug in the UK when it stru 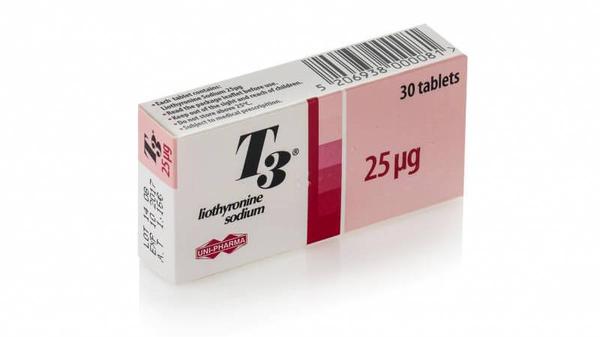 A drug company exposed by The Times for increasing the price of a “life-changing” thyroid drug from 16p to £9.22 per tablet has been fined more than £100 million. Thousands of patients were denied access to liothyronine and had to travel abroad to buy it after price rises imposed by Advanz Pharma led to restrictions on prescriptions. The company, previously known as AMCo, exploited a loophole in NHS pricing rules to increase the price of liothyronine by 5,600 per cent, costing the NHS an extra 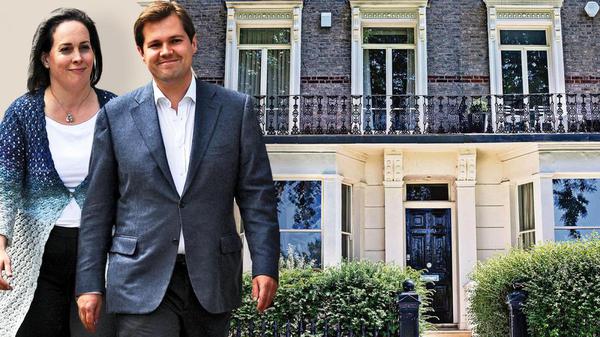 The housing secretary had an extension to his £2.6 million Westminster townhouse approved by Conservative councillors despite officials objecting to the scheme three times, The Times can reveal. Robert Jenrick, 38, and his wife, 47, purchased the five-bedroom house in October 2013, a few weeks before he was selected as the Conservative candidate in Newark. The couple submitted plans to turn a first-floor roof terrace into an extra room as part of renovations costing £830,000 but the scheme was 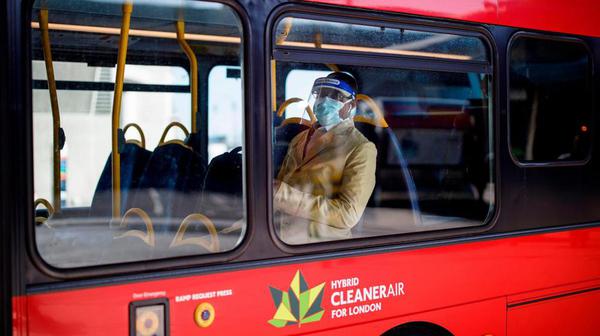 £108m PPE contract was given to small pest control company

A small family-run pest control company was handed a contract worth £108 million to procure personal protective equipment for frontline health staff at the height of the coronavirus pandemic. PestFix, which has only 16 employees and net assets of £18,000, was turned overnight into one of the government’s largest suppliers of PPE last month. It is one of a number of companies to have been awarded multimillion-pound contracts to provide facemasks, gowns and visors despite lacking experience in t
Load More Articles
Close ✕